How To Prevent Rust From
Occurring in Your Applications

Nobody likes rust. Rust damages the appearance of a material and can prevent an application from working effectively.

Once rust takes over any metal, it can be hard to get rid of. However, there are various methods that one can implement to prevent rust from forming. 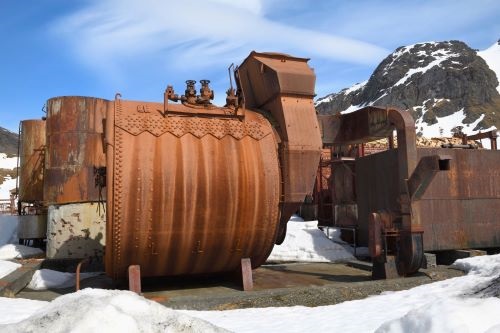 The best way to prevent rust is to prevent moisture from coming in contact with the metal, or by using a material that corrodes slowly. There are a few rust prevention methods that have proven to be effective:

When these compounds touch metal surfaces, they form a thin layer of molecules. This thin layer of molecules prevents air and moisture from coming into contact with the surface, which effectively inhibits corrosion. VCIs are considered one of the better rust prevention methods because the corrosion inhibiting molecules have the ability to reach surfaces that would be otherwise hard to reach with traditional rust prevention products. The function of the VCI is to transform from a solid or a liquid into a gas. The gas molecule then absorbs and takes to the surface of the metal, which forms a molecular barrier layer. This layer then blocks other molecules, like water or oxygen from attaching to steel surfaces.

This effectively minimizes the potential for corrosion. VCIs can also neutralize the corrosive effect of oxygen and water. This works by mixing VCI powder with water. Water acts as a method of delivery for the powder to travel to where it is needed.

VCIs Applied Against Equipment VS. Incorporated In Material

VCIs can be applied against equipment or incorporated into a material. VCI technology evolved from VCI paper, where VCIs were used to wrap parts for transportation and storage, to the development of VCI film. VCI film incorporates corrosion inhibitors into plastic films. The advantage of VCI incorporation was that parts could be stored with the film without Rust Preventative (RP) oil. The oil would typically have to be removed before a part was used. Large equipment has been wrapped in VCI shrink film for long-term outdoor storage. Steel structures are in a constant cycle of maintenance and are susceptible to various elements.

This is a cost-effective solution for rust prevention and steel structure maintenance. Steel is expensive and thus it is critical to maintaining it to ensure a long life. Steel is an essential material that is used almost everywhere from cars to cutlery. Thus, to maintain steel and prevent it from rusting, it is important to take precautionary measures to ensure maximum protection of equipment and machinery.